Curated by Elizabeth Stassinos
I have chosen the following works for their aesthetic shocks and pleasures. I enjoy the juxtapositions and the absences that are marked out by these pieces whether they resonate with catastrophic loss (Marsha Lieberman's "view of the earth from ny city 9/11.01") or hint at internal schisms and questions of identity (David Moriarty's series of portraits) or simply argue that we might be overlooking some mold-like beauty right in front of us ("circles" by Amanda Hill). Somehow all of these make me think about the upcoming eclipse we are about to experience [May 20th, 2012]... Visual music from my point of view... Enjoy!

Elizabeth Stassinos is an Associate Professor of Anthropology at Westfield State University in the Ethnic and Gender Studies Department.   The curatorial notes below are written by Stassinos. 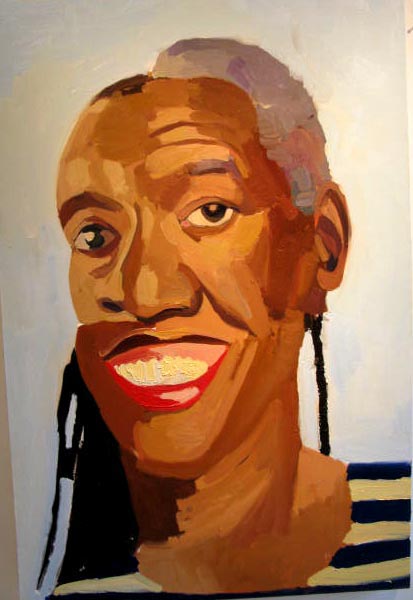 This oil work is characteristic of a series by Moriarty that he's posted here on Valley Art Share... and this work is really fantastic for a number of reasons.   On the one hand, like Francis Bacon he's working with images that seem to embody, impossibly, change "in front of your eyes" or while you are looking at the painting because of the improbably juxtaposing of two faces on one, or rather the images of several facial gestures, hair colors and styles, mouths etc. in one face... The amazing achievement here is that the faces hold together despite the jigsaw violence being done to them in the "knitting together" into a whole.  These are African-American faces eyes, noses, smiles and skin tones and they are given gorgeous shape and shade in the artist's handling.  Like Bacon as well these faces are arresting and even disturbing... in a sense they are victims of a very visceral "identity crisis"... because they are "many into one" but not in the sense of that being a smooth transition... the different identities from the different faces keep their integrity and cause ruptures across the skin, across color and race, across the eyebrows and the hairlines.  Thoughtful work for our times. 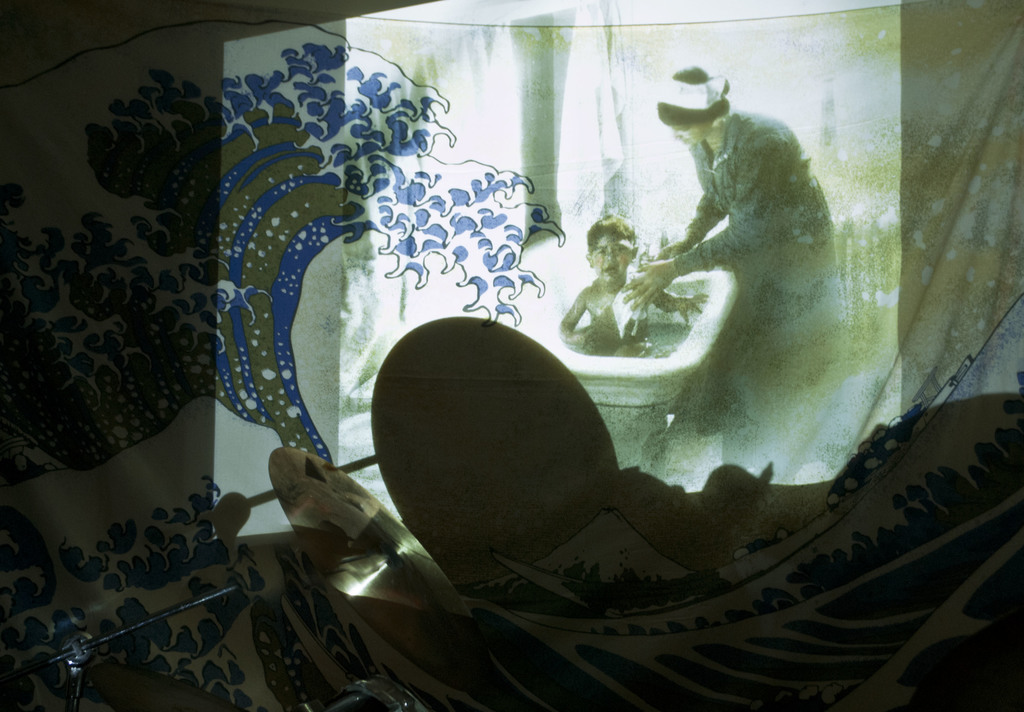 There's something epic about this photo shadow-mixed and Hokusai wave-remixed piece... There's the obvious distress of the child, the "let's get this bath going" of the nurse or mother or "bather"... It's more like the wave of water from within and without the image is compounded by the several "waves" of shadows that are also closing in on the child... and the child seems to sense it... no escape from this... bath... The impending disc, coming in to eclipse the scene, feels like the back of the head of the moon... that is bringing all of that water together to inundate our little hero...

Drawn tiny "Circles" in a very angular corner of a white room... A very organic piece... almost like a little mold spreading and enjoying itself in a kind of "art time out" with its multiple little fungal foreheads to the wall...This installation by Amanda Hill. 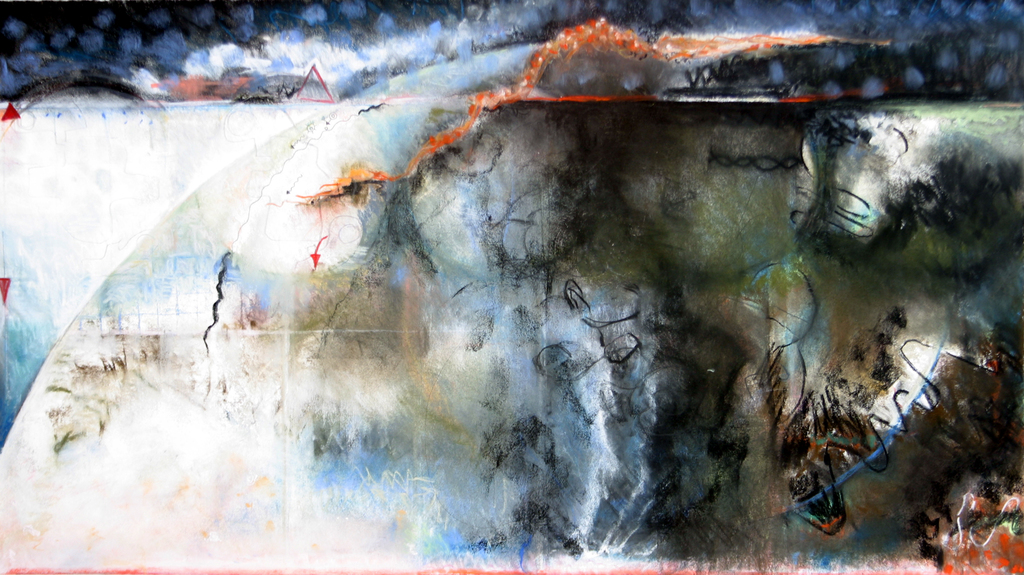 Shows how the rest of the earth already has cracks and squiggles and scars when this attack takes place... from this angle of great fullness and also great emptiness of people, the earth here is more like a moon with an eruption, almost volcanic, of hatred, of politics of pain... but there's a skin to this moon... and it seems in the work, flat, almost graffiti-like, that the point of red rupture is submerged below the daytime or some surrealist horizon line that is marked by a pink triangle which brings with it history of Nazism and of queer pride.  There are other red ruptures in other places on this moon-earth and there are also other moon-earths it seems as well if we look to the vanishing point in the upper left hand corner of the work... lovely and stark... like a Bacon face taken to some more scarred abstract place.